I was able to place also the sound sensor (double clap to activate sky), the IR-sensor to control the sky over the IR remote and a light sensor to see if it is day or not. Unfortunately the light sensor is not really sensitive and give me a dark room also if there is light on it. Need further investigation before I can use the sound sensor (I don’t want that the sky will light up in the night :P). 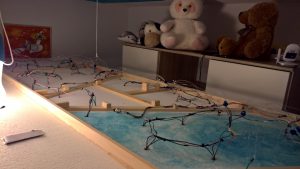 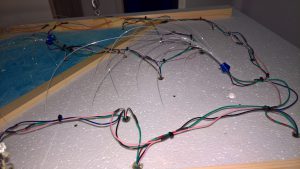 Here the partial finished box with all sensors and modules. I need to implement some other sensors and the clouds, but has a nice look, hasn’t it? 😀 Thanks to the closed box, the speaker is a little bit louder and you can hear it really good in the room, even if it has only 3W. 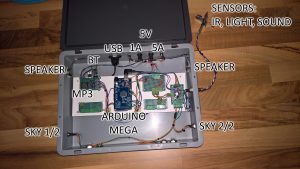